Every year InTuneMonthly Magazine publishes a list of their best music schools (well actually, this is the third year).  This year the October 2009 issue has the article on pp. 32-45

589 schools in the US and Canada have undergraduate programs in Music Education.

This is the video Principal Gregorius showed in chapel on Tuesday, Aug. 25, 2009.


In response to a comment asking how this video was used and what the point of the chapel devotion was, Principal Gregorius graciously provided the following explanation:

"The final words of the video were “What does this all mean?” My response is that “We should fear and love God” Fear and love God for all He has done for us. Given us all these things, technology, facts, education, etc to use now while we are here on earth for His glory.

We should fear and love God for sending his Son to pay for our sins. This is what it all means. You can have the best technology, the best education, the best….. BUT…What does this all mean…THIS ALL MEANS NOTHING COMPARED TO WHAT CHRIST HAS DONE FOR US.

That was basically my three points I was getting across. Hope this helps!" 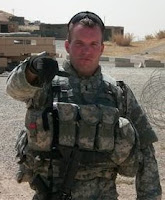 The WLA Choirs will open the 1st annual Captain Derek Dobogai Memorial Run/Walk on September 5, 2009 with a very special version of the Star Spangled Banner – the same version that was performed by the joint US military academy choirs and US Army Herald Trumpets for Superbowl XXXIX. This version comes to us through the gracious help of Captain David Paroby, director of the US Army Herald Trumpets, and Ray Charles, the arranger of the vocal score, and his son Jon.

The WLA choirs and brass will perform from the bleachers of the WLA track at 8:00 AM on Sept. 5. Warmups will be that morning at 7:00 AM. Anyone who is interested in singing along with the choirs is welcome to contact me for music (email, facebook, twitter, cell 920-251-4490).

Derek Dobogai was a 1999 graduate of Winnebago Lutheran Academy who went to heaven on August 22, 2007, while serving his country in a mountainous region of Multaka, Iraq as part of Operation Iraqi Freedom. This memorial run/walk is being held in honor of the 14 men who lost their lives on that day, as well as to honor all service men and women currently serving our country, our veterans, and our fallen heroes.
Posted by Unknown at 10:41 AM 1 comment:

What's between the stars?

Is it possible that outer space is the physical manifestation of eternity? Is it possible that in creating the universe God gave us something tangible with which to try to approximate the concept of eternity? Watch this video (which I discovered on Eric Whitacre's blog SoaringLeap.com) and ask yourself this question at the end of the video. Then please comment here or on my Facebook page.

Posted by Unknown at 1:28 PM No comments: 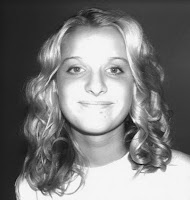 I got the sad news last night that '09 WLA grad, Megan Loehr, was killed while on vacation in Myrtle Beach, SC. I woke up this morning to three texts from WLA students letting me know that they also heard of Megan's death and were passing along the information jsut so I knew. I've had other students write to me and ask what I had heard and what I knew. I hesitated to write anything about it here until I had more information, but I can see now that TheSunNews.com is carrying the story. Even though it is very sad when one of our WLA family dies, I have been very impressed and encouraged by the WLA students with whom I am friends on Facebook.

If there was any doubt whether or not WLA is the right place to send your children for high school, or whether or not WLA kids actually believe what they are taught in Religion class, or in choir, or hear in chapel or their other classes, you have to read their Facebook statuses when tradgey strikes. Their faith in God and their confidence in Megan's salvation and their own through Jesus practically shouts to the world who they are and what they believe. I am so proud of them! Let me quote a few:

Be still my soul though dearest friends depart. And all is darkened in the vale of tears. Then you will better know his love, his heart, who comes to soothe your sorrows and our fears. Be still my soul your Jesus can repay from his own fullness all he takes away. RIP Megan.

Job 19:25-27 I know that my Redeemer lives, and that in the end he will stand upon the earth. And after my skin has been destroyed, yet in my flesh I will see God; I myself will see him with my own eyes—I, and not another. How my heart yearns within me!

No guilt in life, no fear in death, This is the power of Christ in me; From life's first cry to final breath. Jesus commands my destiny. No power of hell, no scheme of man, Can ever pluck me from His hand; Till He returns or calls me home, Here in the power of Christ I'll stand.

The Lord is my Shepherd; I shall not want...Yea, though I walk through the valley of the shadow of death, I will fear no evil: for thou art with me; thy rod and thy staff they comfort me. Surely goodness and mercy shall follow me all the days of my life: and I will dwell in the house of the LORD for ever. Psalm 23...throughts and prayers are with the Loehr family.

Romans 15:4 For everything that was written in the past was written to teach us, so that through endurance and the encouragement of the Scriptures we might have hope.

Do not let your hearts be troubled. Trust in God; trust also in me. John 14:1

Jesus answered, "I am the way and the truth and the life. No one comes to the Father except through me." John 14:6

Psalm 34:18. The Lord is close to the broken-hearted and saves those who are crushed in spirit

It's a sweet thing, faith. With it, you can handle any circumstance, any crisis, because you know God always has your back. And when God is for you, who can be against you? Nobody. - Patti LaBelle

2 Thessalonians 2:15--- But we ought always to thank God for you, brothers loved by the Lord, because from the beginning God chose you to be saved through the sanctifying work of the Spirit and through belief in the truth. •Rest•In•Peace•Megan•

Psalm 73:23-24 Yet I am always with you; you hold me by my right hand. You guide me with your counsel, and afterward you will take me into glory.

1 Thessalonians 4:13-14 Brothers, we do not want you to be ingorant about those who fall asleep, or to grieve like the rest of men, who have no hope. We believe that Jesus died and rose again and so we believe that God will bring with Jesus those who have fallen asleep in him -RIP M.L

Psalm 23:4 Even though I walk through the valley of the shadow of death, I will fear no evil, for you are with me; your rod and your staff, they comfort me. R.I.P. Megan

Revelation 21:4 "He will wipe every tear from their eyes.There will be no more death or mourning or crying or pain, for the old order of things has passed away." Megan we will all miss you even though we know you are in a better place now

Psalm 9:9 -The LORD is a refuge for the oppressed, a stronghold in times of trouble.