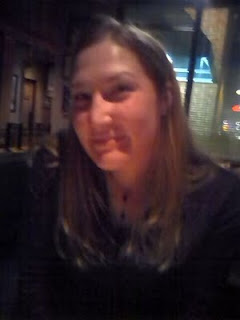 Last night, Kay, Jordyn, and Dave Wege had the privilege of meeting yet another truly awesome person.  Air Force Sergeant Rebecca Cave honored our family by agreeing to meet us for supper at Applebee's in Fond du Lac.  Sgt. Cave, whose home is just south of Oshkosh, does some rather impressive work for our military as she serves our country.  Let's just say she deals with generals. 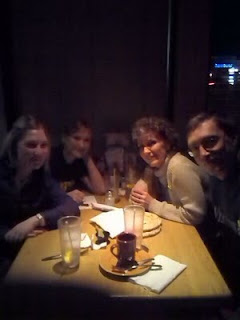 Sgt. Caves was at Landstuhl, Germany when Josh was brought there from Afghanistan.  Through a series of extraordinary "coincidences" that believers recognize as the hand of God working in our lives, she became aware of Josh's presence at the base and sought him out.  Though not a nurse, she managed to become closely involved in helping to provide care for him during his brief stay in Germany.  It was Rebecca who read several emails from us to Josh.  During one of them, though sedated heavily, he smiled several times as word of his family's love and prayers was read to him.  Sgt. Cave also made sure that Josh had several "necessities" for the long flight home from Germany to Bethesda.  These items included Mike and Ikes (his favorite candy) and an iPod packed with his favorite tunes.  She even went so far as to get into contact with Joe, Josh's twin brother, to make sure that the music was just right. 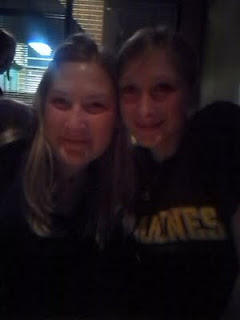 One of the most heart-warming things Sgt. Cave told us last night has been circulating through my mind.  We asked what was it about Josh that made him seem special to her.  Josh has been asking that, too.  He wonders why so many of you have had such an interest in his story and shown such incredible support. More evidence of God at work!  Sgt. Cave said that she has seen many casualties.  Many are powerful personalities who fight and struggle with their doctors and nurses.  They seem to react to their injuries by feeling threatened and becoming loud and aggressive.  Then there was Josh, a nineteen year old Marine who could have been her brother.  Though grievously injured and in obvious pain, he cooperated with the staff, smiled, and was pleasant.  Sgt. Cave said that even the doctors talked about him in the halls, and described him as their best patient.  His trust in their medical knowledge and expertise was obvious, but he also demonstrated a trust in his Lord.

That's the answer to why Josh's story is interesting.  He lives his faith in a way that others see and feel.  Though there have been some down days, he regains strength by understanding that God knew him before he was born, laid out His plans for Josh's life before he was conceived, and is faithfully watching over him as he moves ahead one day at a time.  Through Sgt. Cave we saw Josh as strangers saw him.  Our hope is that we, too, can live our lives in such a way that we give clear testimony that points to Jesus as the reason for our joy in this world and our hope of heaven.